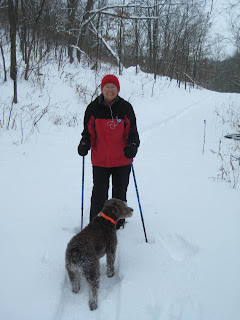 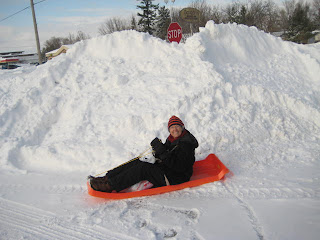 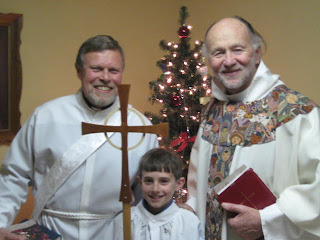 We are almost finished with what I call our "rolling Christmas." Last Friday, Sumi, Scott and Taylor's flight from NYC was canceled. So no Christmas with them -- yet (but we do expect to see them today on their way back from Green Bay).

Sabine's niece, Kim, and her two boys didn't make it last week because a car hit them about a mile from home. Thank God, no injuries, but their car was out of service.

We did do Christmas Eve mass at St Andrew's in Monroe, WI. But it was tricky driving there with all the snow, wind, and sub-zero temperatures we have had. Then to top it off, we had rain and temperatures in the high 40s. Well, that's Wisconsin.

But this year end is not only Christmas for us, or New Year's Eve, but also our Anniversary -- this year our 27th!

I wrote a poem for Sabine. This was scary year for us. We didn't know if she would still be around at this year's end.

HAPPY NEW YEAR TO ALL OF YOU AND THANKS FOR BEING OUR FRIENDS AND SUPPORTING US THIS PAST YEAR.
Posted by My Sabine at 3:36 PM