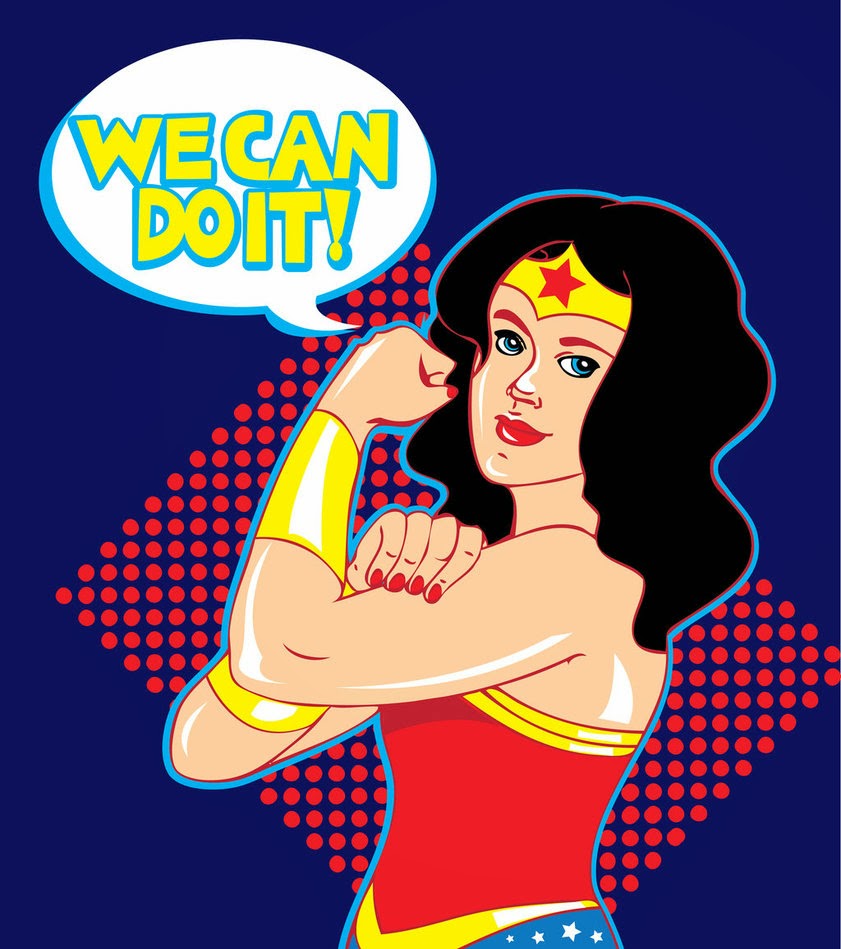 We now enter our 7th year fighting this cancer. So far, I think Sabine and her care team has done a great job and certainly we have learned to realize every day is a blessing and love can grow even stronger as we age together!

Now we are switching to a new chemotherapy protocol -- from Velcade (bortizimib) and dexamethasone to a new drug in the same class called Kyprolis (carfilzomib) which is supposed to cause less neuropathy and is used when Velcade looses its effectiveness (during the last few months it is apparent that Velcade is not hold the "numbers" down).

The downside of Kyprolis is that it has side effects involving cardiac and pulmonary problems. (I know, I shouldn't have read the side effects of the drug! After all, Sabine is in relatively good health.) We will begin the regimen today with Sabine getting an EKG (electocardiogram) yesterday after our meeting with our hematologist, Dr Sheehan.

The other piece of this change is that we go back to IV (intravenous) infusion. The IV protocol is not easy for Sabine because there always seems to be difficulty in finding a vein. So we go from a weekly subcutaneous (under the skin) injection to two successive days in the clinic at UW Hospital. This will also require us to dialyze five straight days with two days off after two days of infusion.

In December, we switched doing home hemodialysis from our little cottage in Mazomanie to New Journey Farm. We remodeled Sabine's mother's basement and put a medical room for dialysis purposes. The shift has been good because I can keep on eye on Sabine's mother who will soon reach her 90th year.

Last week we attended my sister's funeral in Mankato, Minn. She recently was diagnosed with lung cancer but unexpectedly died of an aneurism after some minor surgery. She was my only sibling and it was difficult to say goodbye. These are times in which my faith keeps me on my feet. I can't imagine how I would have gone through all the things that have happened in recent years without it!

But Sabine and I can do it! Just like the picture from the industrial days of World War II. I always think of Sabine when I see the "we can do it" picture.

[The following pictures are of our new dialysis room. The first picture is discussing the project with friend, Kurt, who did the excellent work. The next picture is of Sabine in her dialysis chair with the trusty machine-kidney at work. The third picture is my desk and the 6 foot picture window that looks out onto the pasture and the farm house and bridge.] 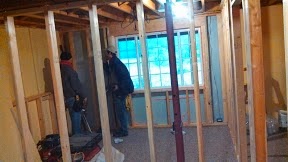 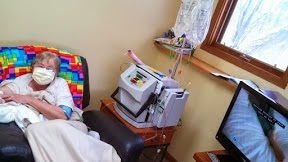 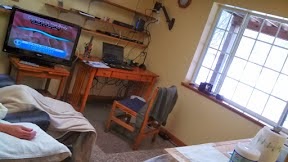