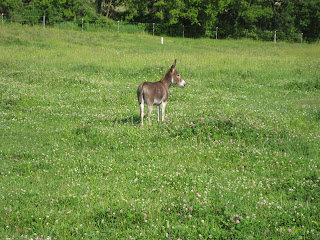 Around Transplant Day 50, Sabine (like Stella) "got her groove back!" And began increasingly getting her energy and endurance back.

I didn't report late last winter when one of our donkeys, Mauritz, came down with the dreaded Equine Protazoan disease and succumbed to it. Sad time in our households... Sabine's mother, Charlotte, was also very connected to the boys since Sabine took ill and could not be around them.

We have been searching for a replacement (remember, "a donkey alone is a lonely donkey") and folks in our neck of the woods have been looking out for a friend for Max. This weekend we found one -- a donkey family just outside of Argyle had one for sale and so we drove down and adopted, "Bucky" (he actually is called "The Downs -- Buckpasser" and it a pedigreed donkey (no, we are not going to tell Max because he will just feel bad).

Charlotte and our neighbor, Bob, will pick him up this coming week. They have about 16 donkeys and two newborns! 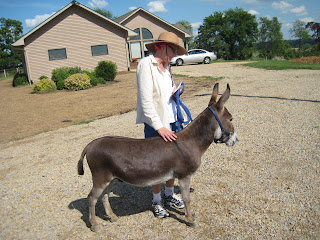 Sabine's brother, Rainer, made one of his summer visits (they spend the winter in the Las Vegas area) and being a good German, was looking for things to do; so he mowed grass, expanded the donkey pen, and then, helped me build a shed for the pool heater and filter system (something I was "gonna do" for the past 12 summers!).

Rainer is a retired social worker and just as good carpenter. So away we went. Notice the picture of Rainer working and me drinking ice tea! But it was a hot day as you can see from our sweaty t-shirts. 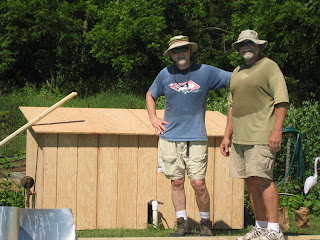 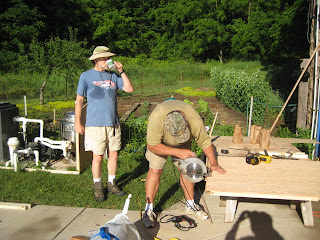 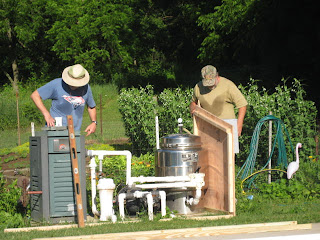 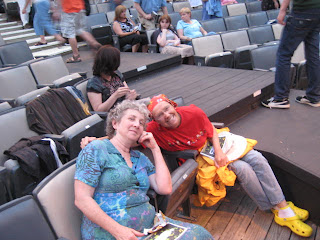 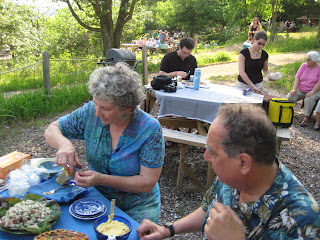 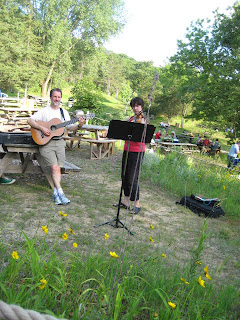 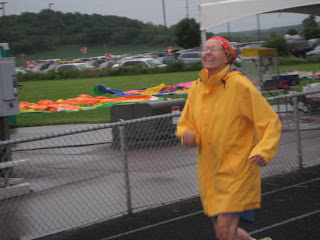 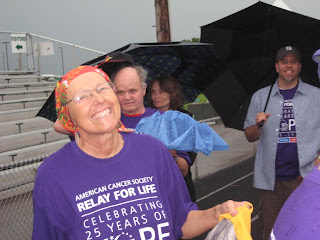 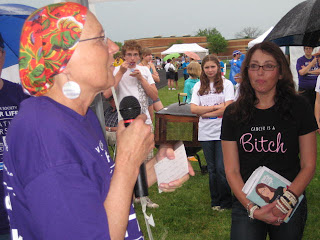 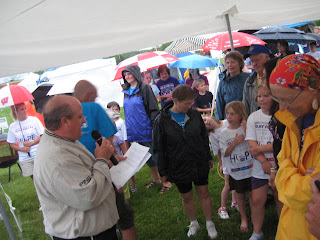 (I can't seem to get these pictures to line up! Bear with me...)

A number of events are milestones in our new life with cancer -- our local "Relay for Life" is one of them. Sabine was this year's speaker at the Black Earth/Mazomanie/Cross Plains "Relay for Life" held at Wisconsin Heights High School this weekend.

She was a great speaker (well, I knew that... but she was really wonderful as she spoke about "battle buddies" -- (those who has cancer and their care providers) and how one has to pay attention not only to the physical side of this disease, but also mental and spiritual aspects.

On Thursday, we attended a great production at the American Players Theater in nearby Spring Green with a couple from our support group who lives down the road from us -- Gil and Kathleen. The production was Shaw's "The Philanderer" and wonderfully presented!

This Sunday (Father's Day) I led worship at New Heights and had a the opporunity to preach about the importance of Father's and how the church has become "unbalanced" with the absence of men in worship and in church ministries (on any given Sunday, congregations are 60% female) and how a growing church needs to have men present. And I talked about a great film that could be used to attract men -- a film about duty, honor, courage, commitment and service above self -- "Taking Chance," starring Kevin Bacon. As a former Marine, it greatly moved me and has the same values that I believe followers of Jesus hold.

Well, we had a busy and grateful week. And, as I have said in the past, when Sabine feels better somehow I do, too!

Love and blessings to all!
Posted by My Sabine at 12:55 PM