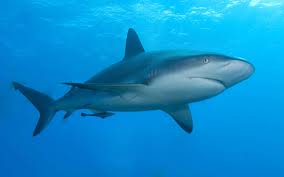 Just when I thought it was safe to go back into the water...

High temp... congestion... lethargy and the oncology doc on call asked me to take Sabine to the ER suspecting I imagine pneumonia. Many tests and five hours later she was admitted. Lots of antibiotics and now things have stabilized to the point that she is expected to be released today.

So what's my problem? First of all, this seems to be the way multiple myeloma patients go. Pneumonia and we have seen it take many from our support group.


So this isn't about a common ER run that many of us have undertaken over the years. No, this might be IT. And I still am not ready for IT!

This was one scary night.

Yes, God was certainly there, mightily present but I was still afraid, not wanting to lose her... yet.

Fear is a not a stranger to me. I can literally taste it. I know his character, who he is. After years as a cop and fighting this cancer, I think I've got him under control.

p.s. Sabine spent the night in the hospital. Dr. Sheehan was on call and released her with a healthy dose of antibiotics late that morning. Pneumonia seemed to be the culprit and now, a week later, she is on the "mend." A little tired but recovering. Thanks for all your healing thoughts and prayers.
Posted by My Sabine at 10:21 AM