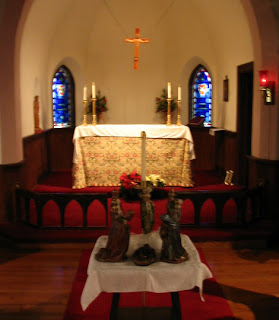 Ye gads! Another Christmas newsletter -- and time for a review of the past year at New Journey Farm in the rolling hills of Blue Mounds, Wisconsin. As the newest member of the Couper-Lobitz menagerie, it is my duty to make this year’s annual report.

First is the category of MEDICAL! I, joyful and thankfully, report that Sabine’s stem cell transplant last spring seems to have been successful (after all, she now has hair and I just saw her shoveling snow last week!). Sabine and David continue to be active in the Madison Multiple Myeloma Cancer Support Group. Sadly, they lost two of their group members during the year.

I also see them maintaining their exercise regimen – power-walking the hills that surround the farm in the summer and snowshoeing in the winter. Along with cycling (they now have a tandem) and health club visits in nearby Mount Horeb, both of them seem to be in pretty good health. Recently, they took Tai Chi lessons and I expect that this will be David’s 5th or 6th martial art.

Sabine’s mother, Charlotte, recently came home from undergoing a knee replacement (she was not too happy about the nursing home stay for rehab services.) She made it home in time to cook for all of us at Christmas. Quite frankly, I miss her hair brushing and hope she can come down and see me. I am a little jealous, because I heard that Mocha got to visit her when she was doing her rehab work in Mt. Horeb!

David is finishing up his two-year project on the police book and recently retained an editor to put finishing touches on it. They expect to have a “polished” copy to present to an agent by early summer. David feels that the book (some 400+ pages) will give him closure with his police career and send him forward to then write about the church! He and Sabine continue to worship with our local Lutheran parish in nearby Mazomanie and David occasionally is asked to lead worship and preach in the immediate area. (I think he likes doing that!).

Sometimes on Sundays they are late coming home from church. I have heard them talking about a second church they attend nearby made up by the “nones;” those who say “none” when asked about their religious denomination. This “church” they call “The Church of the Cinnamon Bun” or, for those more liturgical, “The Caramel-rollians.” I have heard them say that this “congregation” assembles on Sunday mornings around 10 o’clock to converse, drink coffee and enjoy a home-baked cinnamon bun or caramel roll at a local business. That’s where they met their good friends and neighbors Frederika (who taught Sabine how to knit) and her partner, Bonita.

Some of the things David and Sabine have done this year involve camping two weeks in Glacier Park with friends Andy and Kathy, getting together with David’s old friends from his days on the Minneapolis Police Department, Art and Grace Maxwell in Red Lodge, MT, fishing in Iowa with Sabine’s sister and husband, Ken (who have wonderfully helped out numerous times during Sabine’s illness), and going to a Broadway play in Milwaukee along with their usual trips to the American Players Theater, an open air theater near Spring Green, the Madison Rep (until they sadly folded), and saw talented friends in “The Music Man” held in the Ringling Brothers Theater in Baraboo. Sabine says there's no such thing as too much theater!

They also traveled to Hutchinson Beach, Florida, in February where they were joined by kids and relatives, and spent a week in Milwaukee at the Pfister Hotel when David was called as an expert witness. Sabine was the featured speaker at the local “Relay for Life” which raises money across the nation for cancer research. They also taught a seven-week marriage course at New Heights Lutheran Church in Mazomanie. Grandson, Ben, along with family members, Peter, Tammy, Samantha, and Hannah, came down for a summer visit and Peter, Ben and David went for a 50 mile “3 Generation” bike ride in the hill country (Whew! They sure looked tuckered out when I saw them!). In October, they spent a long weekend at Pinecrest near Iron River with friends Ted and Barb Chesney, Dave and Gretchen Considine, and Steve and Duffy Krug. They also experienced their first snowfall of the season that weekend.

There were visits from Sabine’s sister, Barb, and hubby Ken during that tense time of the stem cell transplant (they really couldn’t have done it without them!), along with summer visits from daughter Yumi (whose smiling face meant everything), and Sabine’s brother, Rainer, who always brings a trusty hammer and saw to make farm improvements – including those to our pen. Sabine's long-time high school friend, Shirley, stopped by with her new beau, Ron, and Sabine and David were happy to see them.

As is the case, our Christmas this year will be on a sliding scale from December 18th to the 25th. I expect to get ear-rubs from their daughter and son. Sarah and Joshua, who live locally, along with pets from nieces and nephews from Missouri and Illinois, daughter Sumi and her family (husband Scott and daughter, Taylor) from New Jersey, daughter Yumi (who will soon be deployed to Afghanistan with the 10th Mountain Division where she serves as an administrative officer to a medical unit) and their son Matthew and his daughter, Gracie, who will be coming from sunny California and experiencing snow for the first time.

This is a blessed time of year. My relatives made room for the Christ-child when he was born and we carried him in Jerusalem while walking among the palm boughs.

Love and peace to all,

(Who was adopted after our donkey Mauritz passed away earlier this year)
Posted by My Sabine at 9:54 AM